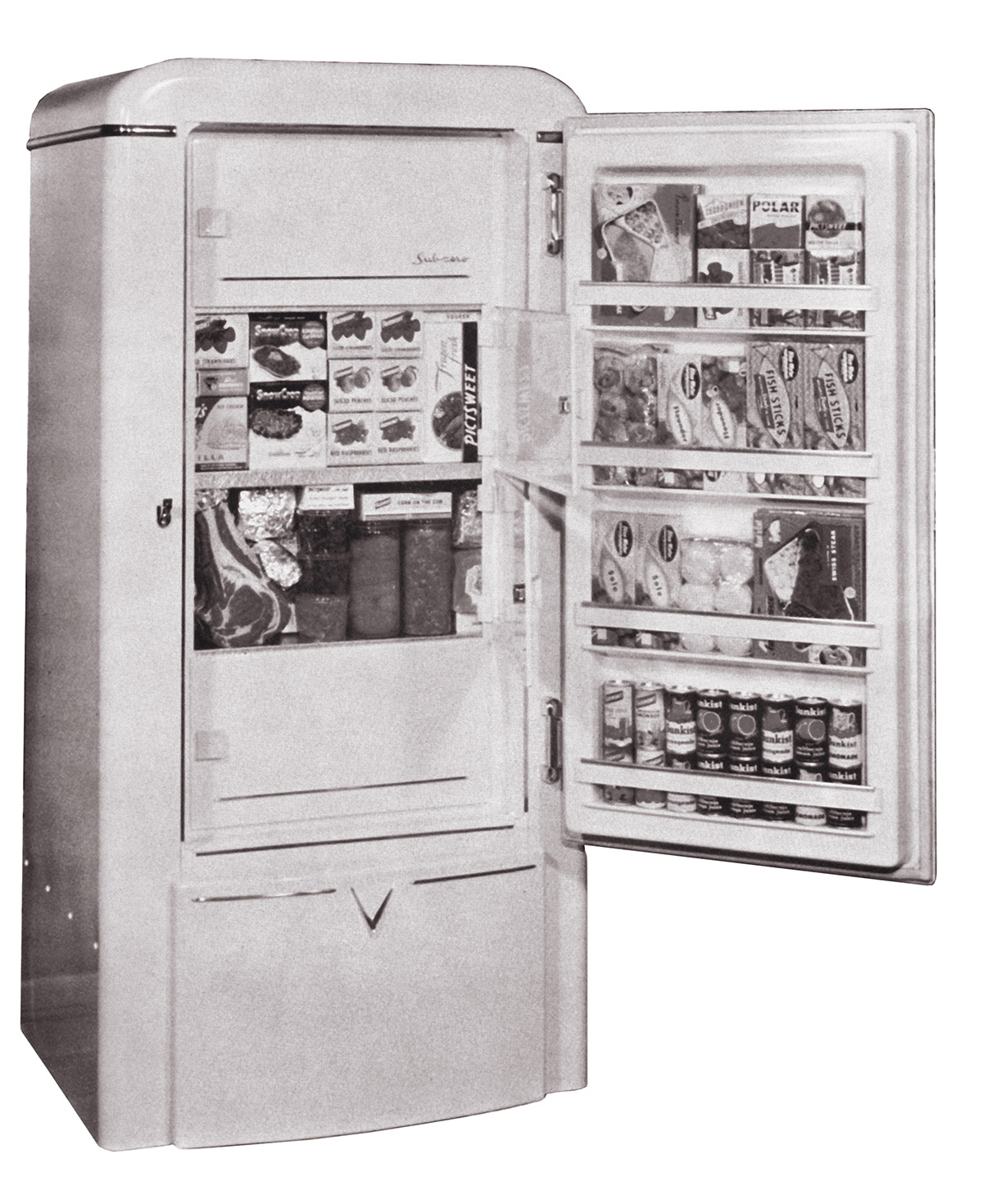 Not every 70-year-old can assert they’re getting better with every decade, but Sub-Zero celebrates its 70th year of excellence in refrigeration this and has never been more vigorous. Here’s a look at Sub-Zero from infancy to vibrant — and forward-looking — maturity:

1943 — In 1943, in spite of the shortages imposed by World War II, Westye Bakke started tinkering with scrap metal and hand-bending metal coils in his basement, hoping to invent a freestanding freezer. Refrigerators at that time had only ice cube compartments, if any freezer at all, so his invention — successful — represented a major development in food preservation technology.

1945 — With the end of the war, Bakke realized his dream and launched the Sub-Zero Freezer Company from his garage, and the timing was right to introduce returning veterans and their young families to the benefits and convenience of deep-freezing foods for extended use.

1955 — An innovator since its inception, Sub-Zero was the first manufacturer to introduce dual refrigeration — separate, sealed compartments to store foods at different temperatures within the same appliance. 1960s — To Sub-Zero, design has always been as important as engineering, leading the company to develop built-in and cabinet-flush refrigerators, making the refrigerator a kitchen design element rather than a functional but unattractive freestanding box.

1999 — For the wine connoisseur, Sub-Zero’s 400 Series wine storage units brought wine out of the cellar and into the heart of the home. With separate temperature controls for white and red wines, the units assure perfect temperature for wine preservation, storage, and drinking pleasure. Sub-Zero continues to innovate, and more industry-leading developments are in the offing for the reminder of the century’s first quarter. And if history is an indication, Sub-Zero will continue to bring you exciting and practical advances well into its 80th and 90th decades as well.